This week’s topic is ‘10 Books From X Genre That I’ve Recently Added To My TBR List.’ Rather than choosing a particular genre, I’ve chosen ten books on my currently reading list at Goodreads. These are books that I started a long time ago and for some reason or other I never got back to them. So I’ve made a separate TBR pile for them and hopefully this might inspire to pick them up and start reading them again. For some of them it’s been so long ago that I started them that I’ll have to go back to the beginning and start all over again. Here are the ten I picked: 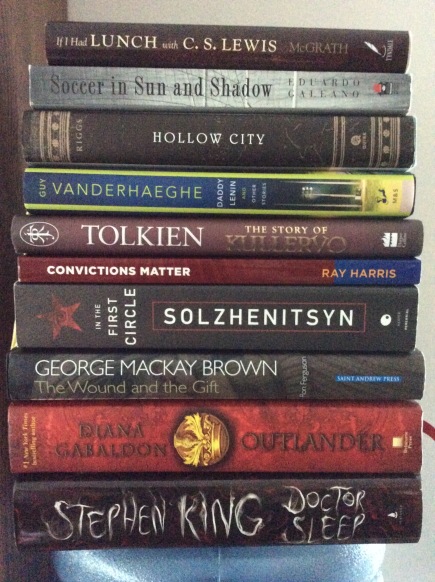